Exploring in and around Escapades tonight 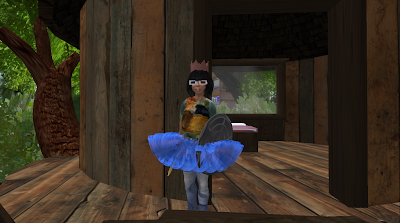 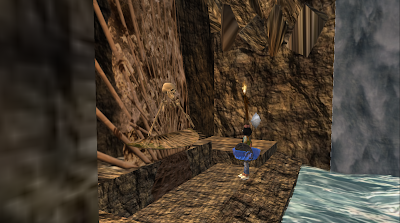 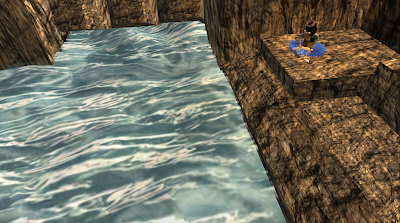 So here's where it gets ridiculous.
I take my shield off of my hand so I can sit down better before the trip back...
Just goofin'...
And it

DROPS INTO THE WATER BESIDE THE BONE ORGAN 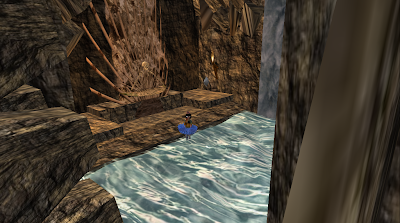 I wade in hoping it doesn't get too deep too fast... 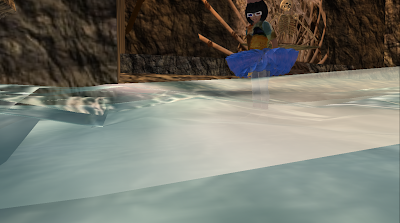 Aha!  There's my shield!  If I can just get it before it drifts.

Oh no!  It gets swept away!

I make a perfect dive after it. 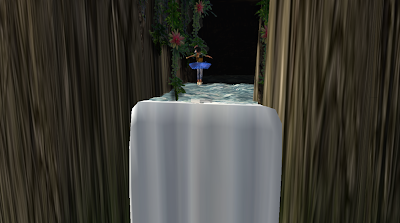 I love my new home in Escapades.

Now if I can just find my shield and stop tasting the waterfall.

Loki called on the red tin can line to let me know that a treehouse in Escapades was available.  Yay!  I'd like to live there if I could, even under present allowance circumstances. 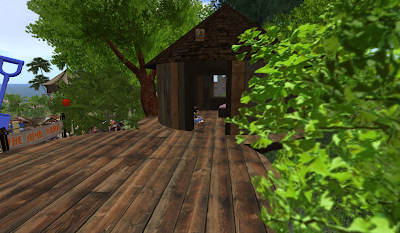 And I am now an official member of the Lion Hearts Gang.  Hoo-ah!! 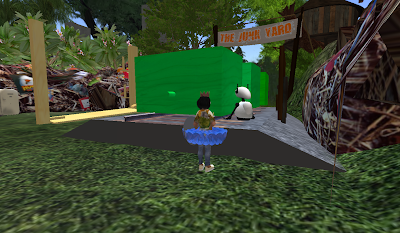 Exploring the junk yard out back (see giant shovel in the pic above) has so far
yielded a cool floating boat toy and a copy of the M Linden doll, lol.
Now I have a nice dolly to cuddle up with at night, haha!

More pics later after I get some furni.

* All poses were freebies gotten on a search of Marketplace for poses then filtered from least expensive to most.  Great stuff available, even for kids.

** Thanks to Mick for the awesome sword and to Stone for the space.

Okay, so my friends know I've been on for awhile now about creating a kid avatar.
None of them understand why I would want to do that.
My friends apparently either had much happier childhoods than my own so they feel no desire to play in childish ways,
or either they had much worse ones and don't want to return, hah!
Well, I wanted to join the SL Goonies club and run about having adventures,
so I finally got around to creating a kid avatar. 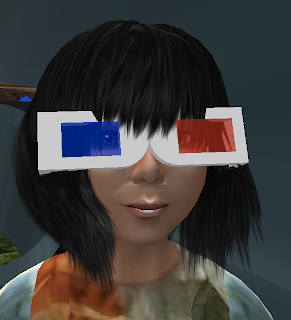 I'll put the style card in here later.
I tried almost every cheap (under 200L) avi vendor on Marketplace and
this is the happiest I was with any of the shapes and skins.
Most of the skins have makeup and breasts painted on,
YES FOR LITTLE GIRLS
and it sickened me to see that some of the most popular creators
of child avis went in for that.
This skin that I have on is a PG skin, so never gets naked.
I've been looking for some land where I can build a treehouse,
but Linden Labs' policy on child avis is just nuts.
Apparently, I can't be in the vicinity of sexually scripted objects
(no, that's a single-person sit couch and bed in the picture)
and if anyone speaks suggestively to Emmie
-- and remember, I'm an adult playing her --
they can have their accounts perm deleted with no recourse.
So I want to stick with kid-only sims, but boy is it hard to find those.
Lots of people become kids because they want to be adopted.
One way I can get land is to go up for adoption into a family unit.
Ugh!
Emmie is not the kind of kid who wants parents around.
She is more like Charlie Brown -- if you even hear them around,
all they are doing is making wah-wha-wha-wha noises.


No adults in Emmie's world if she can help it!
I'll post more about this one great sim where a couple of these pics were taken as soon as I can get back in to get the landmarks.